Shortly before the Second World War , was born in Turin the Graziadio & Casale, founded by Cav. Antonio Graziadio and by Mr Casale and Capelli and was active in the field of electrical installations (installations and electrical panels) .

After the end of the war each partner decided to go their own ways; Graziadio Antonio in 1959 founded the “Graziadio & C. Sas”, initially dedicated to electrical installations, which subsequently began to produce the first busbar, electrical panels and industrial food warmers.

In the 60’s the early factory of Turin is no longer enough to hold the offices and production, which are moved to the present location in via Pellice, Rivoli.

In 1976 the company changed its name because it is transformed into joint stock companies. Until the 90’s, the market of reference of the Graziadio is Italian. The new millennium means aturning point and it is particularly significant in several respects that converge to shape a new company profile: the core activity, identified evermore closely in the implementation of busbars in which the company has become specialized, gives great impetus to exports that this, in a short time, goes to make up more than half of annual turnover.

The enrichment and expansion of the range of the reference market outside the national borders, it is necessary to assist the establishment of a new production factory other than Rivoli: in 2005 was inaugurated the new factory fully robotic in Carrù (Cn).

Thanks to our trustworthiness and reliability, Graziadio & C. is the only company in the industry even today, after more than 62 years from the foundation, directed and owned by the heirs of the founder.

This reliable continuity ensures the market further on the willingness to work together to tackle the challenges ahead peacefully Italian market, the new millennium has meant for Graziadio one important turning point under different aspects: the core activity, range products, the personal, the references market and, the last in temporal order, the new plant. This specialization give the push to export, that become in short time further half of annual business turnover.

Thanks to the professionalism and reliability Graziadio & C. is the only company, nowadays, managed directly by the founder’s heirs.

The serious approach, guarantee of seriousness and honest management, encourages the market based on the purpose to deal with future challenges. 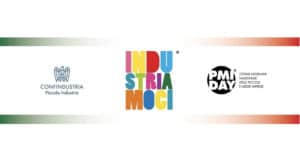